The museum explains the concept of special guilds for the building and construction trades, by showcasing the collection of Pierre-François Guillon (1848-1923), a Master carpenter of the guild known as “The Duty of Freedom”.

Pierre-François Guillon founded a school for construction design arts in 1871 in Romanèche-Thorins. There he taught carpentry, joinery, and stone work to apprentices, from all over France and from abroad, for 52 years.

After Guillon’s death in 1923, his son Osiris donated his father’s masterworks, all the documents and souvenirs of his life as a Master, and all of the School’s students’ documents and models to the department of Saône-et-Loire.

The original museum was built in 1928. In 1994, the General Council of the department of Saône-et-Loire had the old museum renovated, and added some new rooms for the permanent and temporary exhibits. The exhibit space is used to display the extensive Guillon collection, which has been expanded through donations, bequests, and acquisitions.

An audio guide is available in French, English and German.

Free admission on the first Sunday of the month.

Compagnonnage, or “The Trade Guild”

A “guild” is an association whose goal is professional training for a skilled manual trade.

The trade guild is an institution of vocational training. One of its requirements is that the young trainees must travel for several years in order to enrich their professional and human knowledge. This is known as the “Tour de France” (Tour of France).
After several centuries of existence, the guild continues today — now made up of 3 sections which continue to offer complete vocational training.

In each city, the young trainee is lives with the head of his guild section, who finds an employer for him. There he improves his level of technical skill. In the evenings he takes classes. After a few years, he will have to present a masterwork to an assembly of guild masters who will assess his professional and personal skills. After passing this examination, he will be accepted to the guild.

Historians date the beginning of the first trade guilds to the Middle Ages during the construction of cathedrals, monasteries and castles. Skilled workers — stone masons and carpenters — moved from site to site. They would have sought each other out to adopt a system of rules and customs for each trade.

The principal contribution of the guild, through the centuries, was to offer highly skilled labor as a result of its training system. The guild members also knew how to assess wages and appropriate working conditions — and did not hesitate to organize a strike if needed. When a member was in difficulty, his guild came to his assistance with relief funds. The trade guild succeeded in surviving the centuries, preserving its traditions and its knowledge while adapting to the changes in the working world.

“The Duty of Freedom” Guild

From their very beginnings, craftsmen gathered according to their particular trades and traced their professions back to the one of the three legendary characters associated with the construction of the temple of Jerusalem in the 10th century BCE — Solomon, who commissioned the building, Master James, stonemason; and Father Soubise, head of the carpenters — to establish their identity and traditions.

Eventually, due to differences in religious opinions, two principal sections were formed: “The Duty”, supporting the Catholic confession, and “The Duty of Freedom”, which professed the freedom of personal confession.

Pierre-François Guillon was born in Romanèche-Thorins on June 13, 1848. Son of a master carpenter, he started training with his father in 1863. After his early training, he decided to become a journeyman and had to leave Romanèche-Thorins to do his Tour of France. He was not yet 18 years old when he took to the roads on his Tour, starting on March 17, 1866.

He began in Auxerre, where he was admitted to “The Duty of Freedom” guild under the guild name “Child of Progress of Mâcon.” He then went to Paris to work on the 1867 Exposition and the seminary of Saint-Sulpice. In 1868, he went through several towns — Blois, Angers, Chenonceau, and Tours.

In 1869 he returned to his father in Romanèche-Thorins, and gave his first carpentry courses. After returning from the war in 1870, in which he had volunteered, he founded “The Practical School of Stereotomy Applied to Construction” in 1871, better known under the name of The School of Drawing. In his school Pierre-François Guillon taught contractors and public works carpenters, future architects, and many construction foremen.

Pierre-François Guillon was also mayor of Romanèche-Thorins from 1898 to 1920, dignitary freemason, and President of the Higher Council of “The Duty of Freedom.

Pierre-François Guillon founded and directed The Professional School of Stereotomy Applied to Construction from 1871 to 1923.

Each year, twenty or so students came to learn carpentry in general, staircases in particular, stonecutting and joinery.

The School recruited students from 15 to 25 years old. The courses were offered over three years, and the students lived at the school. Their training started with the basic study of elementary assemblies. They then learned how to draw diagrams, then to execute models which were entered in a competition organized each year. The best models remained at the School and were exhibited in its museum.

Many craftsmen and contractors of carpentry and public works attended the School of Drawing of Romanèche-Thorins. Among them: 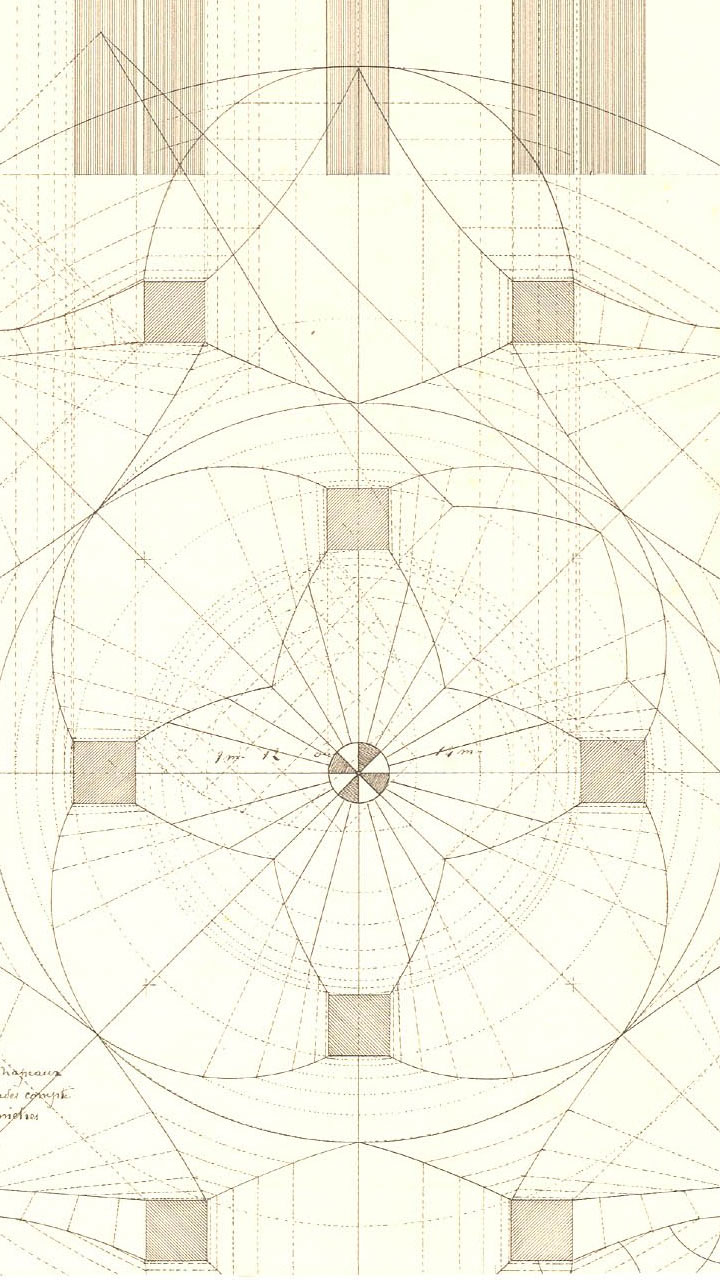